Camp Grenada – It’s all about the people

Grenada, the southern refuge from hurricanes, the safe haven approved by insurance companies around the world, and a little piece of paradise for those liveaboards during hurricane season.

I was looking forward to getting south to, rest, relax, explore and see what all the fuss was about.  I had heard all about camp Grenada, and I was in need of a good summer camp.  🙂

We arrived at Prickly Bay where a few friends were moored and proceeded to settle in.  Prickly Bay is centrally located and was great to get the lay of the area and figure out where all the stores were.  But it sure did lack the camaraderie and character I was hoping for.   Yes they had Mexican train dominoes (called it Grenadian train because of some of the augmented rules), trivia, pizza night and much more, but it felt like you had to bring your own party as you weren’t going to find a group there.  We had Party of Five, Last Tango and a number of new boats so that helped, but Prickly Bay was the first place we had found, where the bartender didn’t want to chat and cruisers were very reluctant to engage in conversation.  Sure there was lots to do but it didn’t really feel welcoming.

Out of necessity, the need to replace my bowsprit, we headed around the corner to Secret Harbor to use there docks.  Well I fell in love.  Yes it was farther away from the city and many of the facilities but everyone was so nice!  Cruisers came up and introduced themselves and the bar was much more inviting.  We went back to Prickly for a week but when it was time to put the bowsprit back on, we moved over to Secret Harbor and were there to stay.  I instantly made lifelong connections with a number of cruisers and settled in camp with games of dominoes, jam sessions, volleyball and pizza night.  This was the camaraderie I was looking for.  It wasn’t long before the staff knew me by name and everyone was a friend.

Grenada is a beautiful island, mountainous and lush with fruits, veggies and spices.  But the people make this island truly spectacular.  It was only on very rare occasions that I encountered someone that left me with a negative impression, in fact, most everyone seemed to go above and beyond to make me feel welcome and to enhance my experience.

Having been a liveaboard for a year now, I can tell you that the friendships are what keep you going, the excitement of exploring and meeting new people outweigh the work, maintenance and mechanical difficulties that tend to arise on a continual basis.  Spending the summer in Grenada allowed me to make great new friends, rest and get ready for the move north!

Camp Grenada did not disappoint, but it is the people, cruisers and locals that make it exceptional!

Where in the world are we? 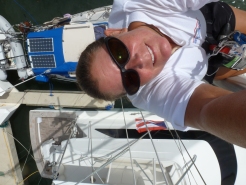 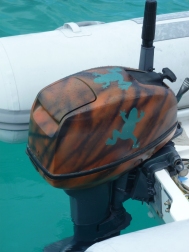 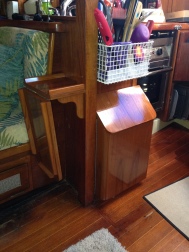 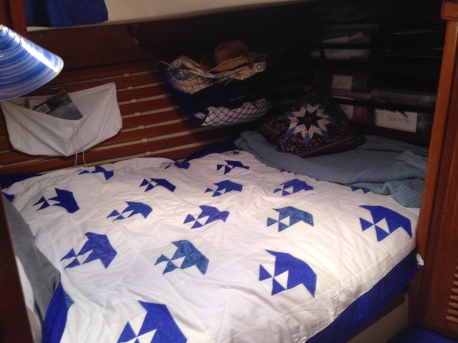 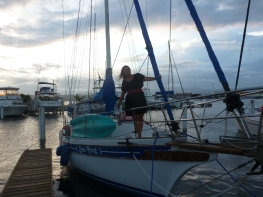